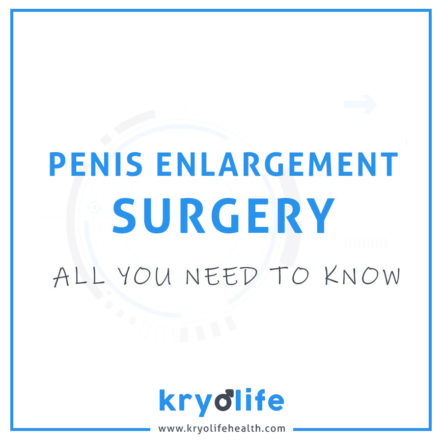 All You Need To Know About Penis Enlargement Surgery

Penis enlargement surgery is the fastest way to gain size change, but do you everything about it? If not, read here to explore more about it.

Penis enlargement is a modern-day cosmetic requirement that most men would crave for because of an old-school belief that the penis size1 is a golden standard for gauging masculinity.

Science has a different viewpoint regarding penis size, and several studies have shown that penis size is no big deal when it comes to sex.

Still, some people would prefer getting a penis enlargement surgery2 to make their ‘thing’ look bigger.

While studies would claim that the penis size isn’t a deal-breaker, from an evolutionary perspective, a bigger penis means a healthy male.

So indirectly, there might be an implication that larger penis could mean overflowing manliness.

This article focuses on penis enlargement surgery, which is one of the fastest ways to get a bigger penis, it’s success rate, risks, costs and other factors that might come to your aid if in case your partner prefers a scale-up!

Without adding more words, let us jump into the crux of the article.

Table of Contents show
What is penis enlargement surgery?
1. Augmentation surgery
2. Incision techniques
How does it work?
How much does it cost?
Know this before you opt for surgery
Is it worth it?
The success rate of surgical enlargement
Conclusion

What is penis enlargement surgery?

For those who are new to this idea, penis enlargement is a process by which the default penis size can be increased lengthwise as well as circumference wise using a variety of techniques.

Penis enlargement surgery is one among them, and it can broadly be classified into two types:

Surgery is generally preferred when the user need a faster result and more natural-looking results.

How does it work?

In augmentation surgery, a size difference is created by either injecting a foreign substance or autologous fat into the penis.

The fat graft is harvested from patients own body in a 10ml syringe and purified to collect the middle adipose layer, which is then injected in multiple layers into the penis.

V-Y advancement is another incision technique in which a V-shaped dorsal incision is made and reattached to the midline in Y-shape, which creates a slight anatomical displacement of penis position thus giving a few centimeters of projection.

Suprapubic lipectomy is a surgical technique suitable for people with a buried penis, and in this technique, the unwanted fat and skin are removed to anchor the penis correctly out of the body.

Slide elongation is a slightly complicated surgical approach in which the penile shaft is cut in a particular angle and stretched outwards to increase the length.

Apart from augmentation, all the techniques rely on incision and reattachment of the penis to increase the length.

How much does it cost?

Now coming to the hard reality of penis enlargement surgery is the capital cost involved.

Firstly, you must understand that this is a surgical approach, and for this reason, pre-operative preparation and post-operative care are required whose cost varies across different countries.

Doctor’s consultation on each visit is another major cost incurred, and which for a specialist could vary anywhere from $80- $350 per OP depending on location.

The cost of the surgery in the United States varies from $8000 to $15000, and again the cost is subjective and depends on the type of procedure, doctor, and location.

Augmentation surgeries are the expensive one since they use a biocompatible material in the to bring size change.

It is to be noted that most of the medical insurance agencies do not cover the penis enlargement surgeries under their plans, especially for augmentation techniques, but the good news is that some of the agencies would cover selected surgical procedures though.

Know this before you opt for surgery

There is always a checklist before and after any surgery that you must be aware of. In case of a penis enlargement surgery, there are a few as well.

First of all, the good news is that augmentations surgeries are a one-day procedure and you can leave the hospital the same day.

However, incision-based surgeries might demand a few days of hospital admission for post-surgical care.

The surgeries usually vary between 30 minutes to 1.5 hours and are performed under the general anesthesia; therefore, you need a bystander to help you post-surgically.

Two to three follow up checkups might be there for assessment, and you will be asked to take certain medications during this period like antibiotics and painkillers.

It is quite normal for your penis to look swollen after the surgery if you are getting an augmentation.

Is it worth it?

Without a doubt, penis enlargement surgery is faster than other working techniques because an anatomical modification is made to achieve results.

In a study published on Wiley- Blackwell, it was observed that penis extenders3 were able to achieve almost similar results as that of enlargement surgery.

When 230 test subjects were studied, researchers found that men who used a penis extender gained almost 0.5cms to 2.3 cms of length while those who underwent various types of penis enlargement surgery gained 1.3cms to 2.5 cms.

Traction devices are generally good in size increment, but it only happens over several months to years.

Natural techniques like jelqing are nowhere near to a penis enlargement surgery when it comes to spontaneous result.

Platelet plasma injections are popular, but further studies are required to deem is clinically safe for all users.

So if you prefer a painless, but effective solution for penis enlargement, then nothing but extenders are the only solution.

If cost and fear of surgery don’t stop you, then a penis enlargement surgery is the most effortless process with one-time hardship for a 1 ~1.5-inch increment.

The success rate of surgical enlargement

Penis enlargement through surgery is a straight forward method, and therefore the success rate is very high.

Modern augmentation techniques like ‘Penuma’ are one of the most successful procedures with up to 81% satisfaction rate.

The problem with certain procedures like fat cell injection or grafting is that the penis size would shrink after a particular period due to metabolic activities.

The incision-based techniques, on the other hand, are mostly working, but the size increment they achieve aren’t as good as the augmentation.

Still, most of the incision techniques can yield an average size increment of about 0.6 inches irrespective of the penis anatomy.

Penis enlargement surgery is an effective, long-lasting/permanent, and safe (comparatively) method for increasing the penis size.

Unlike other procedures, a surgical approach is relatively faster and would only take a few weeks for the user to start enjoying the benefits of increased penis size.

At the same time, an extender which is equally good as a surgical procedure would only cost less than $500.

So answering the final question, that’s the worthiness of penis enlargement surgery, it always boils down to personal preferences.

If you need guaranteed results with one-time hardship, then penis enlargement surgery is the best choice with added benefits like medical supervised size increment, visible size change, and faster results.

Else an extender can offer the same result over months or maybe years without any invasive procedures and risks of surgery.

Read more: Member XXL Review: Is It Worth To Buy? 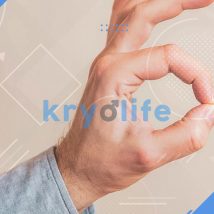 Jelqing: Routine To Use With A Penis Extender 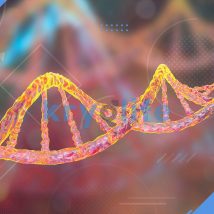 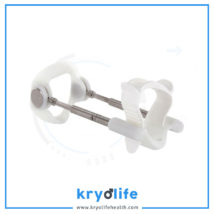 X4 Labs Review: Is It Worth To Buy? 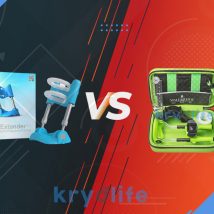 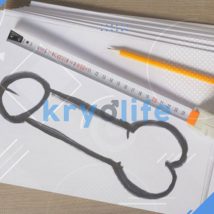