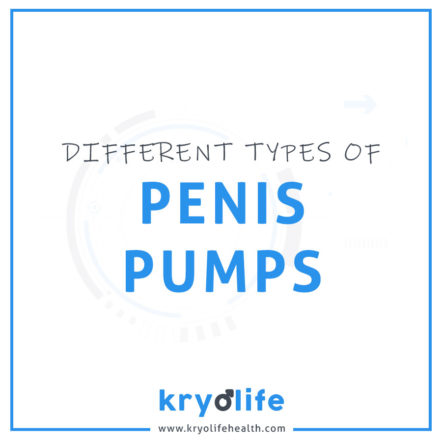 Different Types of Penis Pumps: Which One Is Right For You?

A penis pump can artificially create an erection even in impotent patients. Learn more about different types of penis pumps here.

The penis is one of the most important male organ, and yet, a man would least prefer to visit a hospital to treat any disorders with his penis.

All of it narrows down to the social stigma of categorizing the sexual organs a taboo in many cultures around the world.

However, the good change is here; if not, there wouldn’t be an alarming boom in the number of patients consulting doctors regarding their sex organs.

The term ‘alarming boom’ was also reflecting the unexpected rise in the number of people suffering from various sexual disorders, and all of which is attributed to poor lifestyle.

Penis pumps are one of the devices that have been gaining popularity since the past few decades as a ‘masculinity pump.’

The market itself speaks for the change in trend, with over a hundred of brands selling various types of penis pumps, the industry is worth billions of dollars.

In this article, we will explore the types of penis pumps1 out there in the market and grab some idea about them.

So without further delay, let’s start.

Know a little more about the penis pumps!

A penis pump is a vacuum device which that can artificially induce an erection on a penis suffering from erectile dysfunction2.

For this reason, a penis pump is also called a ‘vacuum erectile device (VED)’ and employs various techniques to create a vacuum.

The very first experiments in vacuum erection of penis were tried by John King in 1874, where he used a ‘glass exhauster’ to induce an artificial erection which however couldn’t create a sustaining erection.

Otto Lederer won the first patent for a ‘sustained erection’ in 1917 with a ‘compression ring’ on the penis pump.

Though several other patents have been filed in the penis pump genre over the years, the commercially popular design was by a Georgian businessman, Geddins D Osbon in 1960.

G.D Osbon used the penis pump for almost 20 years and perfected the design, finally getting FDA approval in 1982.

After that, it was the era of VED’s, saving millions of men around the globe from impotence.

A lot of research works has been carried out on the top penis pumps, which helped the scientists reinforce the existing design and add more features that would wash away the clouds of skepticism in users.

Speaking of penis pumps, there are three different categories of pumps often sold in the market.

All of them utilizes the vacuum suction as the core principle but varies greatly on certain features.

The most popular and frequently used penis pumps are classified as:

Air-based penis pumps belong to the first generation of penis pumps, and still, they are prevalent in the market.

An air pump has an airproof cylinder with a one-way valve attached to one mouth and a rubber bush on the other mouth.

A small hand pump is attached on the top side to the pump to suck the air out of the chamber, which creates a negative pressure inside.

In the latest design, the chamber has a handball squeezer instead of an old school hand pump, which made it easier to use it.

Conveniently, one could wear it and secure an airtight seal by pushing the body of the pump towards the pubic region and start to pump the air out.

There are a lot of design drawbacks for an air-based penis pump, of which the major one was the rubber bush used in creating an airtight seal.

These were sometimes allergic to the user and created rashes that could spoil the mood.

Allergic reactions, to an extent, could be prevented by using a silicone bush as a replacement.

Also, the air-based pump doesn’t give haptic feedback regarding the level of erection3.

As a result, people intend to overdo the pumping, which might sometimes cause blisters or other injuries.

But when it comes to convenience, an air-based pump is most straightforward one to use, since it more like a ‘plug and play’ device.

Water-based pumps are dubbed as the best alternative for air based penis pumps due to multiple reasons.

First, let’s understand its construction and how it is different from its predecessor.

A water-based penis pump has a chamber, a bellow-like gaiter, and a one-way safety valve.

The bellow like gaiter while creating an air seal, can also be a mini pump as well.

When you push the chamber towards your body, the bellow will compress and push it back, thus creating a to & fro motion.

During this time, the trapped air gets compressed and push through the one-way safety valve along with some water.

A water-based pump is stroked in this fashion for about 10 -15 minutes, and in each stroking, a little water is displaced, and proportional vacuum is created.

This vacuum will create a low pressure outside the blood vessel, thus widening them and draws blood into the penis.

Since water is used here instead of air, the ‘feel’ it creates acts as haptic feedback, and the user can fine-tune the erection.

In the premium models, you will get a handball squeezer to replace the stroking motion to make things easier.

There are features like high vacuum indicator to alert the user when they cross the safe limits of vacuum pressure.

As you might have guessed, this penis pump works on battery or electricity.

The tricky part in the vacuum erectile pump is the pumping part itself, and in electric versions, this one job is handled by a small air pump.

Technically, these are air-based pumps with an automatic air suction mechanism.

Electric penis pumps works on batteries and models are rechargeable as well.

Once you turn on the device, a small reciprocating pump starts to run, and within 2 ~ 5 minutes , the air inside the chamber is completely sucked out.

They are faster compared to air-based or water-based pumps, and there is a cut-off mechanism to prevent injuries due to overpumping.

They would cost anywhere from $250 ~ $ 600, depending on the in-built features and pumping mechanism.

Penis pumps are the modern age solution to treat disorders like erectile dysfunction or Peyronie’s disease4.

They are classified into three types, namely: air-based, water-based and electric penis pumps.

As the names imply, the air-based one works directly by pumping the air out, while the water-based pump creates a vacuum by displacing water occupying the chamber and electric one automates the air pumping with the help of an electric pump.

All of these pumps are good in different contexts and depends on the user’s exact need.

Air pumps can create strong suction, which a water pump cannot; so if you need stronger erection, you must choose an air-based pump.

The water-based pump, on the other hand, gives the user excellent control over erection and eliminates the need for a lubricant.

An electric pump is usually an automated version of an ‘air based penis pump’ which eliminates the user effort by automating the pumping process and can be operated with a single hand.

Perhaps this is the reason why all three of these pumps are still showing a strong market presence. 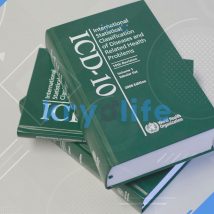 IDC-10 Classification For Erectile Dysfunction: What Does It Mean? 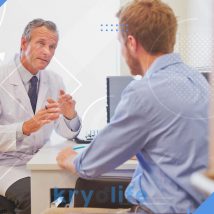 Can Circumcision Lead To Erectile Dysfunction? 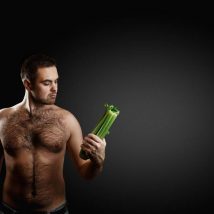 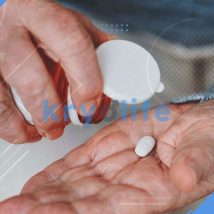 What Is The Relation Between Metformin And Erectile Dysfunction? 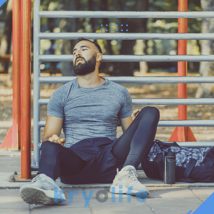 What Happens To Your Erectile Function When You Exercise Too Much? 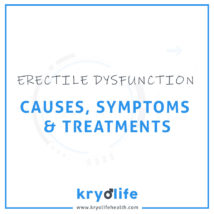